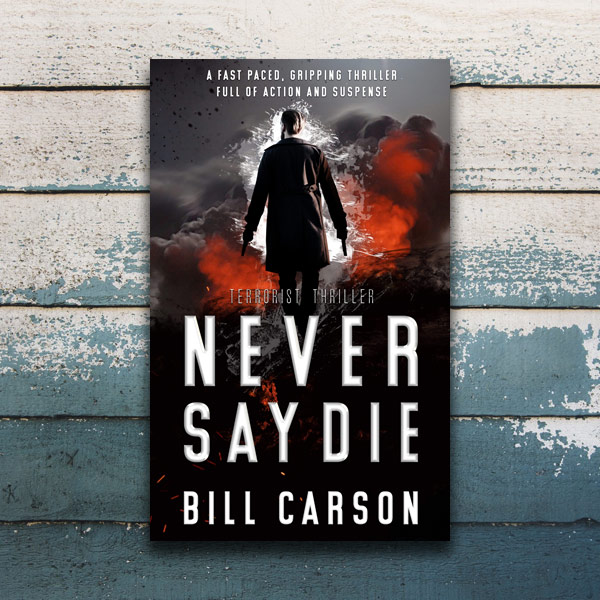 
Nick Harland has teamed up with Andy Ryan a special forces/ MI5 operator and the pair are tasked with tracking down a rogue SAS soldier who is on the loose and creating havoc across London in revenge for his unjust imprisonment. But the destruction that he is causing is all part of an elaborate deception which is designed to mask his true intentions. Harland and Ryan are now in a race against time to find him before he carries out one of the most daring, outrageous and audacious crimes of the 21st century.

Along with all the mayhem and tension created by the hunt for the SAS man there is a secondary story running parallel with the main one and this part of the story is unconnected to the main theme and remains so until the last chapter. Who is the mysterious unknown man found in a field in Essex with a gunshot wound to his head? The unconscious man is barely alive and is rushed to hospital where he undergoes emergency brain surgery and after a long period of recuperation he wakes from the coma.

The police are anxious to interview him as in the field where he was found were a dozen dead bodies riddled with bullet holes. They don’t get the chance to interrogate to him as he decides to abscond from hospital. The stranger has near total memory loss and has no clue who he is or why he’d been shot and the search is now on to find his past life? And he’s anxious to find out why someone wanted him dead?

What People are Saying About Never Say Die
Sarah’s Bookshelves Five Star Review
Never Say Die is the third book in the Nick Harland series and I would really recommend that you read the first two books in the series so that you can fully enjoy the third one.

After reading Nemesis the second in the series I was really intrigued as to what the author had in store for us in the third book and I have to say I certainly was not disappointed.
If anything I was really surprised with Never Say Die, it is jam packed full of action with a storyline that involves prostitutes, Russian Mafia, MI5 and to top it all off an ex SAS soldier gone mad.
Nick Harland really has his work cut out this time. Luckily for him he has his ever faithful partner Anna by his side and long standing friend George to rely on to help him out.

I must admit to finding some parts of this book a bit far fetched, yet saying that I loved all of it. The author really just goes into this story with both guns blazing and makes for a truly enjoyable ride for the reader. There is even a surprising turn of events towards the end which I did not see coming at all and it has now left me eagerly waiting for the fourth in the series.
A great crime series that I can highly recommend.