My first crime novel Necessary Evils was a story based on vigilantism, however, it was also the platform for my fictional detective Nick Harland to make his debut. I have always been fascinated with the mind set of the detective. Their painstaking attention to detail and deductive reasoning and an overwhelming  desire to seek out the truth and punish the wrongdoer.My private detective,Nick Harland, is a complex character who operates very much within the grey areas of the law. Clever and resourceful and just like Sherlock Holmes has great observational skills and applies no nonsense, logical reasoning when problem solving.

As a child, I was interested in the Sherlock Holmes stories and often wondered if these tales had any truth behind him, was Sherlock Holmes a real London private detective or perhaps based on one? I decided to do a little digging and in doing so have unearthed some curious facts. 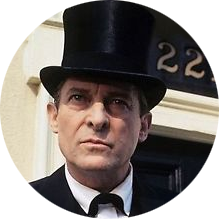 ~~~
Will the real Sherlock Holmes please stand up.

The first Sherlock Holmes story, A Study in Scarlet, was written by Sir Arthur Conan Doyle in 1887, and then published in book form in 1888. Doyle wrote four Sherlock Holmes novels and 56 Sherlock Holmes short stories.
The T V adaptations with the marvellous Jeremy Bret playing Holmes, and the more recent blockbuster Guy Ritchie films with Holmes being played by the talented Robert Downey Jr have given this fascinating character a new lease of life. The character has been portrayed in films more than any other in the history of stage and screen. But where did Sir Arthur Conan Doyle draw his inspiration from? I don't believe that Holmes was solely a figment of his imagination, through my research I am now convinced that the character is based upon a real person, or persons.

My deliberations and astute logical deductions have led me to conclude that there are four main suspects to consider in this case. The accused are, Dr Joseph Bell, Sir Henry Littlejohn, Jerome Caminada and Francis 'Tanky' Smith.
Arthur Conan Doyle was a student of the renowned lecturer Dr Joseph Bell. And Doyle based the look of Sherlock Holmes upon him, in the first book Holmes is described thus: a narrow nose, high forehead and grey eyes. Bell took part in the investigation of Jack the Ripper. After an intense investigation, he wrote his detailed findings on the murders, and is said to have actually named a chief suspect! The mysterious disappearance of the entirety of his notes on the case would be worthy of a Sherlock Holmes mystery.
There is little doubt that Bell influenced Doyle, but so had another. Sir Henry Littlejohn was a medical man, a forensic expert, and a lecturer. He also served as Edinburgh's police surgeon and was involved in many police investigations. He advocated a combination of forensics and methods of logical deduction in crime solving. No doubt Littlejohn had an influence on Doyle's fictional character and these influences are well documented.

Throughout my extensive investigation into this perplexing case it had slowly emerged that there were too many similarities between Holmes and two of the four suspects in the dock to be a coincidence. I will now immediately release two of them from the investigation, even though they are both connected with the case I fear that they are not the prime suspects here and I will waste no more time upon them. Two suspects now remain in the case to find the real Sherlock Holmes.

The finger of suspicion is now pointed toward Jerome Caminada and Francis 'Tanky' Smith.
Jerome Caminada was a Victorian detective who was well known for his unorthodox case solving methods. He was at the height of his notoriety in the mid 1880's. Which was 3 years before the first Sherlock Holmes book was published.

He was skilled in solving difficult cases and used early forms of forensics to help him solve them. His methods of detection were so successful that he was given the title 'the terror to evil doers.' He frequently wore disguises and prowled the mean back streets looking for villains. He spent hours studying the body language of criminals in prison, and was able to spot villains simply by the way they walked. And just like Holmes he had a nemesis, a real Moriarty, Bob Horridge. Bob was a criminal of high intelligence, low morals and a quick, violent temper and became an arch enemy of Caminada.

The feud between them lasted 20 years, beginning with Caminada arresting Horridge for petty theft. Due to his previous convictions Horridge was handed an unusually stiff sentence. Horridge swore revenge against Caminada and seven years later he was back on the streets, and back to his old ways. The feud ended when Horridge became involved in a shoot out in which he shot two policemen. Caminada was immediately dispatched to bring him to justice. Disguised as a down and out Caminada found Horridge holed up in Liverpool, he surprised Horridge and with his trusty revolver in hand he arrested him. Bob Horridge was sent back to prison where he would spend the rest of his days.

Caminada had built up a huge network of informers, he would secretly arrange meetings with them in the dead of night in the church's dotted about the city of Manchester. These informers would offer information for money and in doing so Caminada had formed a detailed knowledge of criminal activity.  He used this knowledge to infiltrate the gangs working in his area. He would patrol the streets in disguise, bravely stepping in like some kind of Victorian super hero and arrested villains caught during their heinous acts. His disguises were so authentic that even his own men would fail to recognise him. Caminada is a very strong suspect for the title of the real Sherlock Holmes.

Francis 'Tanky' Smith was born in Leicester in 1814 and lived in a poor part of town in a small terraced house. The new Leicester Constabulary was formed in 1836, Francis Smith and his friend Tommy Haynes joined soon after its inception. The two were quickly noticed by the hierarchy and were promoted to the rank of sergeant. Not long after their promotion they became the districts first ever detectives. The crime rate in early Victorian Leicester was high, murder, drunkenness, pickpocketing and even the odd riot was not uncommon. Like Caminada, Francis had made numerous arrests by wearing an array of disguises to infiltrate the criminal gangs. He would be in the taverns and the inns, in disguise and eavesdropping on conversations and would follow rogues and vagabonds back to their hideouts.  Francis Smith never seemed to relax, and even when sleeping he was thinking about solving crimes and catching criminals.  It is said that he even solved a Jewellery theft after having a particularly long sleep, and dreamt of how to solve it. And solve it he did. When writing my own detective series I based detective Harland’s character around Caminada and Smiths persona.

One case cements Smith’s reputation, this case had perplexed the authorities and the family needed a specialist to solve it. Smith was called upon to investigate. James Beaumont Winstanley was the high sheriff of the county. It was said that Winstanley, after a family dispute, had left the country. Smith gathered as much information as he could from the family, and the game was afoot, and the search was now on. Winstanley had indeed left the country and the detective had tracked Winstanley to Paris and then on to Germany, where the trail came to an abrupt halt.

Smith had found him, or should I say, he found where he was buried. Winstanley had apparently fallen overboard and drowned while travelling on a ferry, and was buried in Coblenz in Germany. Tanky Smith had the body exhumed, and immediately sent a telegram to the family. The Winstanley family dispatched their butler to identify the body. Identification was difficult and James Winstanley was recognised only by his unique gold cufflinks. The detective was rewarded handsomely by the Winstanley family and he invested the money into a plot of land where some fine houses were built. His son being the architect on the project incorporated 16 busts of Tanky Smith into the facade of the buildings in his various disguises. The Victoria Villas as they were known are still there today.

Francis Tanky Smith retired from the police force in 1863 and became the first private detective in Leicester, he lived in a house in Victoria Terrace and spent the rest of his days under the ever watchful gaze of his own effigies.
Based on the clues that I have uncovered and with the application of much logical deduction.  My deliberations have finally brought me to the conclusion that Sir Arthur Conan Doyle's fictional detective Sherlock Holmes, was heavily influenced by the exploits of all of the aforementioned suspects.

Therefore, it could be suggested that there is a case for all four? I believe that Doyle had taken elements from each of these characters and skilfully moulded them into one man.
I now believe that it is proven beyond a shadow of doubt that the main suspects in the case have been found. And after great deliberation, I ask that Jerome Caminada and Francis 'Tanky' Smith please stand up for you are guilty as charged.
I have drawn much inspiration from these gentlemen and their exploits and in doing so have created my own fictional private detective Nick Harland.
Nick Harland detective series: 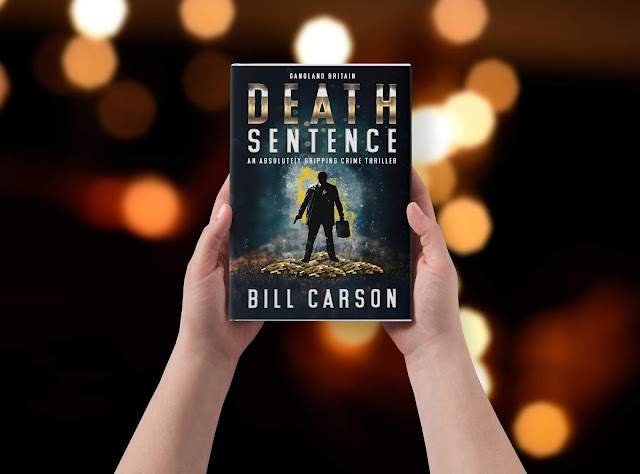 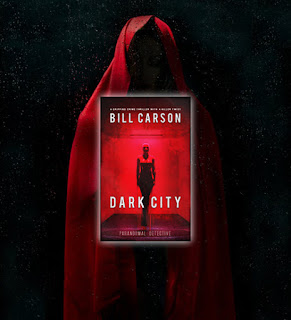